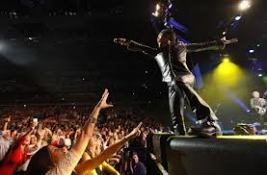 My friend writes a great and funny blog, Forever 51.  The other day she asked what the soundtrack of our youth was.  That got us talking because the kind of music we listened to says something about us.

When I met my best friend in 2nd grade, I was introduced to “Black Water”.  This was pretty eye opening for me as my family only listened to classical music.  I had already had the fiasco of “Jeremiah was a Bullfrog” being banned at my house because of the wine reference and I was an empty cup when it came to music. Oh, I could belt out all four stanzas of hymns 1 – 345 in the Baptist hymnal and could hum a good many waltzes and concertos, but the Doobie Brothers were out of my realm.   My friend had younger parents and her house had music playing in it that made me feel cool and hip, like an after school special.

When the disco era came along I was still in middle school, tucked away in private school where we belted out the tunes about sex and drugs and had no idea what we were singing about.  Barry Manilow and Abba ruled, it’s sad to say.

If I had to pinpoint the band behind most of the shenanigans I committed in high school, though, I would say without a doubt, it was AC/DC.  I can hear the bells starting up Hell’s Bells and still get a mental whiff and taste of that time. I can smell my car, a sweet little black Camero with a great stereo, cracklin’s from Long John Silvers spilled between the seats, and a bottle opener magnet on the dash. Led Zeppelin tapes all over the floor mixed up with punk tapes like the Sex Pistols. I remember my Halston perfume and the smoke of the fantastic parties that seem to happen most weekends. 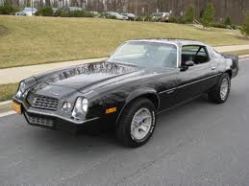 When I met the Goose, he was on a whole different wavelength.  He listened to Bruce Springsteen, who honestly causes me a bit of nausea, Jackson Brown, who makes my ears bleed and Jimmy Buffett, whom I’ve come to like in small doses due only to the fun I’ve had at his concerts and to his music.  The Goose didn’t know every word to Kashmir and didn’t consider it a holy song.  He didn’t know Moving in Stereo, Starship Trooper or any other long make-out songs. For a while, I won him over, most likely because of the making out, but several years into our marriage he produced from his mouth a sentence that could have spelled the end to our union.  He said, with all sincerity, “I really only like country music.”.  It’s true, that I’ve stayed married to him, whether out of pity or inertia, and tried to gently move him back into the light, but he persists, even asking me to “listen to the words” now and then.  It’s a burden I continue to bear and I say with all shame in my heart that my precious daughter, who in high school had purple hair and listened only to music that could take one’s skin off, has veered over into that twangy territory.  I find it uncomfortable to think about and embarrassing to admit, but my daughter is a country music fan and I love and support her anyway. I think there might be help group I can attend for this.

I find that in my advanced years I listen to a lot of stuff, rap and Cricket’s old screamo when I run, Grateful Dead at the lake or with wine, but the two kinds of music I continually return to are those of my youth, classical, because my mother played in the Atlanta Symphony and I grew up with the screeching of a practicing violin, and the banging rock anthems of my high school sound tracks.  We all go back to what’s comfortable. I once heard someone say that we are going to be a generation of old people, sitting around in rocking chairs, holding hands, eating jello and singing along to Stairway to Heaven and I feel that, possibly due to the punishment our brains took, that time might be closer than we think. 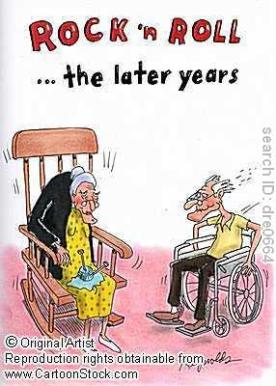