The other day my daughter told me I was immature.  Nuh-uh, I said.  Yo mama.  This caused me to get the “bleak look of pity”.  Unlike the “black glare of death” that she used to give me when she was in high school, this look just means that she loves me, she feels I’m slipping into my dotage and she feels sorry for me. 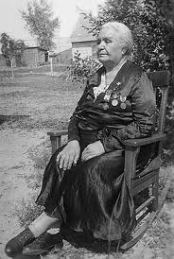 Four or five years ago, I felt hip and with it.  Heck, even two years ago.  I blame the fact that sparkly bottomed jeans have gone out and skinny ones are in.  I just can’t make the jump.  It’s hard to feel sassy in pajama looking pants and flats.  Apparently, I had been relying on bimbo clothes to prop me up.

Also playing into my slippage is the fact that I’m not really as necessary at home as in the past.  I have become…well, I was going to say an eight track player, then I upgraded to a cassette and still felt I was shortchanging myself.  I am a CD player.  No one really needs them, but they are nice to have at home, hold some of our favorite memories and we spent a lot on them.  That’s me.

This weekend The Golden Goose and I went to the lake.  We went on Friday night and had a lovely evening to ourselves, complete with a roaring fire and wine.  On Saturday, our son, The Boy, came up with his posse, roaring into the driveway, music blaring.  I had so looked forward to this because I have spent years playing with these boys.  Instead of my sweet gang of boys, though, a changeling group of asshats and buffoons arrived wanting nothing to do with me.  The great evening out I had planned in my mind, eating dinner at the club by the big fireplace and sharing humorous stories over dessert devolved into debacle of Arby’s curly fries and muddy boots.

While The Boy was telling a fascinating tale of  a drug lord at school, or something, I made the unfortunate choice to interject a question. He had the audacity to say to me “oh, Mom, you just don’t know about stuff, sitting over there in your little chair, with your paisley pants and your hair up, your wine, with those little glasses on your head”.  WHAT kind of poorly constructed, insulting sentence is that for a mother to receive?  The fact that I was sitting in a chair from which it’s hard to effectively launch oneself and, also, I didn’t want to spill my wine, is the only thing that kept his head on his neck.  Well, that and the thought of getting bloodstains out of the rug.

This has caused a great maudlin boohoo on my part and stalwart suffering for the Goose as he listens to my distress.  He has patiently explained to me that there is nothing in a 16 year old boy’s head but boobs.

“My child no longer loves me” I’ve said, at least 40 times since we left the lake, envisioning his chubby baby neck and how he used to bring me tadpoles.  I’ve called him numerous filthy names, both aloud and in my head.  I have texted my daughter at work and told her how she is my very favorite and how I will never subject myself to a weekend alone with all that testosterone again.  She, being the first child, believes this has always been the case and has accepted my declarations with stoicism and a glinty eye aimed towards my will.  She has reminded me several times that I once said “that Boy will be sweet and snuggly all his life”.  Then she laughs the Cruella laugh.

The Goose, being, well, The Goose, reminded me of the fits of despair I went through when Cricket was in 10th grade.  She dyed her hair purple, bought stock in black eyeliner and black clothes and rolled her eyes at every breath I took.  Not one thing I said was cool or even bearable.  Now that she is 74 and has passed me in age, she finds me tolerable, if somewhat childish and is happy to share my wardrobe.

The Goose is right.  The Boy will come back around or wreck the car and need to be nice for a while.  He’ll fail math and need a bail out and I’ll be the hero again.  I’ll do research on thug lingo so as to appear cool and drop a word into conversation casually and shrug and I’ll be all that again.  He’ll grow up and leave and remember me fondly.  He’ll come home on weekends, hugging and glad to see me.  We’ll talk over old times and look at photo albums, tell stories of summers at the lake, of playing in the creek.  He’ll remember the snuggling, the building of forts and the fantastic childhood his mother made for him. He’ll have my picture in his dorm room.

Then, he’ll marry some tacky witch who just wants me to die so she can get my stuff.